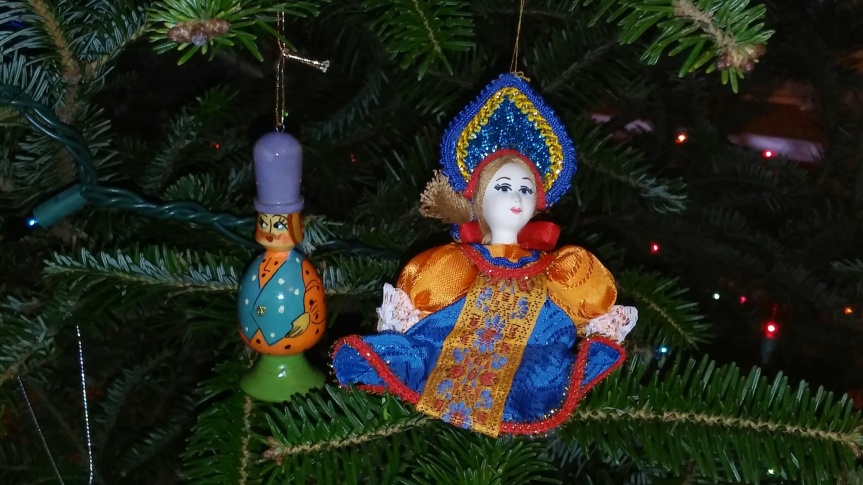 One more opportunity to make New Year resolution, make a wish and watch “Goluboi Ogonek”, and everyone’s favorite ” Irony of Fortune”, if you miss any of that at the New Year.  Happy Old Russian New Year!

Yesterday, in the Russian school when we talked about family members in the Second World War, several people said that their family members didn’t go to War… and there is not too much to say about them. This is simply impossible. Everyone who lived during that time on the territory of the former Soviet Union was involved. Every-single-one : men, women and children.   My family lived in END_OF_DOCUMENT_TOKEN_TO_BE_REPLACED 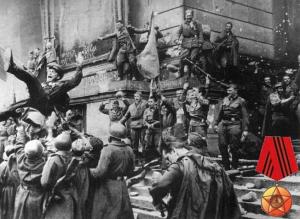 Despite…, In spite of…, No matter what… and Forever!!! Всех Всех Всех с Днём Великой Победы!

I naively considered that today is the only one holiday – St. Patrick’s Day. It turned out NOT. On March 17, 1861 in Russia, the last day of Maslenitsal, on Forgiveness Sunday, Alexander II published manifest to abolish slavery and it was publicly read in all churches all over Russia. I somehow remembered the year of abolishment from my school time, but of course, I forgot the date. There is almost no one talk about slavery in Russia, and nobody cares what I can’t tell about American South. It is a hot topic here and people talk about that with or without any reason. I met so many people who feel strongly guilty, even those whose relatives never even kept slaves. It is interesting, that slavery in Russia was canceled in the same year that the civil war in America started. At first I thought that maybe the war happened at first, then Alexander II decided, why should we trouble … let’s cancel it as well. But no, apparently, Russia abolished slavery first, and then a month later the Civil War started in America. In any case, Karl Marx & Co was actively watching everything what was going on, and noted that Russia and America were the last two from powerful countries, who abolished slavery.

Anyway, Happy St. Patrick’s Day and the abolition of Russian slavery to ya’ll! 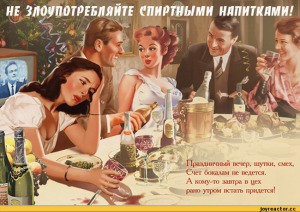 Yesterday, It was International women’s Day.  Again!  It’s a day off in Russia today and my friends are celebrating it with music, flowers and fun.  I had Internet-FREE day. That wasn’t planned, it just happened, but it appeared to be the best present I could do to myself for the International Women’ day! I spent and fun time with beautiful ladies, had mimosas and  my favourite cake Napoleon. Here is the last year post with more details about this holiday  https://marriagewithaforeignaccent.com/2014/03/08/happy-international-womens-day/Всех с 8 Марта))

According to Wikipedia International Women’s Day (IWD), originally called International Working Women’s Day, is March 8.  Started as a Socialist political event in the early 1900s (first in the US, then in Europe), the holiday blended into the culture of many countries, primarily in Europe, including Russia. In some regions, the day lost its political flavor, and became simply an occasion for men to express their love for women. In Russia, following the October revolution, the Bolshevik Alexandra END_OF_DOCUMENT_TOKEN_TO_BE_REPLACED

Good evening everyone! Today is the Russian Old New Year!) …Don’t get me wrong-I know it may sound a little bit extreme and too much for foreigners to understand, but it is true that Russians (Ukrainians, Belarusians, Serbians, etc ) celebrate Everybody’s New Year on December 31, Orthodox Christmas on January 7th, and Old Russian New year (today), not to mention Russians who live in western countries and also celebrate an additional Christmas on December 25, and those who like read horoscopes (it’s a big crowd by the way) and , naturally, celebrate Chinese New Year as well.  All of this is true. Believe me.  I am going to celebrate Old New Year as well.  And I still have a Christmas tree and lights in the house and outside))

For those who didn’t convinced, here is some trusted info from END_OF_DOCUMENT_TOKEN_TO_BE_REPLACED

Today is Orthodox Christmas which is also Russian Christmas!  The biggest surprise that there is -15C (I am serious -15!!!) in Atlanta, and +1 C in Moscow.  Unbelievable, but it’s true.  Yesterday I talked to my Moscow friend over Skype, and she complained that winter didn’t come to Russia yet…And it’s hard to imagine/celebrate New Year and Christmas without snow…Of course, if you live in Africa, you probably finally manage somehow to use a palm tree instead of a Christmas tree… But if you are in Russia-snow at the New Year is a must…  Probably all snow was saved for the Olympics…Who knows…But in Atlanta, it’s opposite-today was a real snow with huge and beautiful snowflakes.  Well, Atlanta is not ready for that.  No one has really warm clothes (I personally left all appropriate outfits in Russia), or skates…or winter loving mood.  School was canceled for tomorrow because of extreme (for Atlanta) cold weather!  It was supposed to be the first school day after the break.  Probably it was a special Santa Claus (Grandfather Frost) present for Russian kids at the Russian Christmas!  Merry Christmas to y’all!